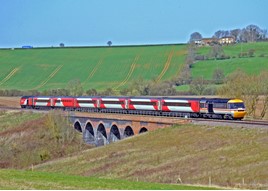 It is not acceptable that train companies continue to operate trains that are not fully accessible, according to the Transport Select Committee.

While its Trains Fit for the Future inquiry primarily focused on decarbonisation, the terms of reference also enabled the TSC to look into the problems surrounding accessibility.

No train which was not fully accessible should have remained in traffic after December 31 2019. However, more than 1,500 were still in use at the start of last year, and currently East Midlands Railway, Greater Anglia, Northern and Transport for Wales have dispensation to continue using such vehicles until May 31. They must provide monthly updates to Government on the progress being made to withdraw them.

TSC Chairman Huw Merriman said: “The industry has had 11 years to prepare for legislation making it unlawful for a passenger rail train to be in service unless it is accessible. There are at least four train operators that are still not complying with legal accessibility requirements.

“It is not acceptable for the Department for Transport to continue to sign dispensations. Public transport must be accessible to all. The Government and industry must make this happen.”

During the inquiry, Rail Minister Chris Heaton-Harris told the TSC on December 9 2020: “There are still some trains that are not compliant. I am the Minister that has to sign off any extensions to that, and the train operating companies and rolling stock companies know my view on whether I am going to sign off things in the future.” The next day, he signed off dispensation for TfW, followed by GA a week later.