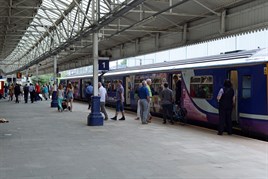 Expansion is also taking place at the former First Capital Connect depot at Hornsey. Add in the new platforms that have been built at Alexandra Palace and Finsbury Park, and it’s clear this part of north London and the East Coast Main Line is receiving substantial new investment.

A few minutes later we pull into King’s Cross and my journey comes to an end. Re-running it in my head, it’s hard to take in the sheer number of improvements I have seen. And unlike mine, that journey continues. If RAIL is daft enough to get me to do this again in 2016, you’ll be reading about a lot more next time...