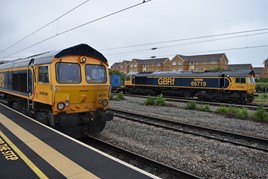 MPs have begun hearing evidence as part of a fresh inquiry into alternative structures for passenger and freight operations.

Launched by the All-Party Parliamentary Rail Group, the inquiry will publish its findings in mid-July - for consideration by both the Department for Transport and Keith Williams, who is heading the Government’s year-long Rail Review.

A spokesman said the decision to hold a separate inquiry had been made following Williams’ appearance at an APPRG meeting in February, during which MPs were urged to take heed of his forthcoming recommendations or risk a long-term decline in passenger numbers (RAIL 872). A Williams Review White Paper is due to be published in the autumn, paving the way for possible legislation in 2020.

The first two APPRG inquiry evidence sessions (held in Westminster on June 10 and 12) were dominated by views on the potential size and scope of any future arms-length national body that could emerge from the Williams Review as a way of rolling back some of the current functions of the DfT - dubbed the ‘guiding mind’.

Inquiry panelists and representatives from inquiry special advisor Burges Salmon heard from six industry leaders on what type of organisation they hoped Williams would recommend.

These experts included Rail Freight Group Executive Director Maggie Simpson, who said that the priorities of the freight sector needed to be given more equal weighting to those of passenger operators, under any new future arrangements.