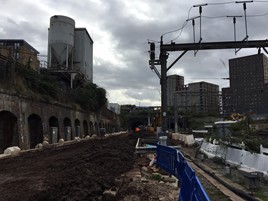 The Railway Industry Association has pleaded for a minimum of disruption in rail work, as the UK heads into its third General Election in under five years.

The country is due to go to the polls on December 12, after MPs voted on October 29 to allow an early General Election.

Speaking on October 30, RIA Chief Executive Darren Caplan said the organisation had “worked hard over the last two years under the present Parliament to shine a light on rail policy, and to campaign where we think improvement is needed”.