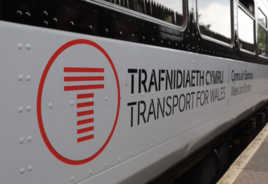 That’s according to a recent report to the Vale of Glamorgan Council’s cabinet, in which the sale price was kept confidential.

The depot will complement TfW’s main engineering base at Canton (Cardiff) to stable, service and maintain some of the new trains that will begin to operate South Wales Metro services on the Core Valley Lines by the end of this year.

Ben Gray, council cabinet member for social care and health, told local media: “This is a really positive use of that land. At different stages of development, there were fears about the land being used for housing or inappropriate industry so close to the centre of Barry.

“I think it’s really positive that there’s a potential there for the focus of the new fleet to be stabled at the terminus in Barry. There may well be employees who are seeking to live close to that starting point, which is a benefit to the local area.”