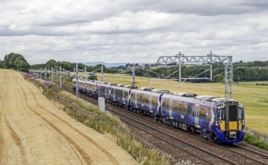 Rail unions and campaigners had led the fight against proposals made by ScotRail, which is currently owned by Abellio, but which will pass into public ownership on April 1.

The operator confirmed on February 24 that the ticket offices planned for closure (Cartsdyke, Clydebank and Woodhall) will remain open for at least two more years, while a review is carried out into whether new housing and incentives for businesses by local authorities will increase revenue at the stations.

Meanwhile, it will add back a total of 33 hours to ticket office opening times, mainly comprising an extra ten or 15 minutes at stations including Wemyss Bay and East Kilbride.

ScotRail also confirmed that no affected staff will lose their jobs, because “rather than being about cutting jobs, this is about adding value to our staff and customers”.

The U-turn follows a public consultation run by Transport Focus and which garnered more than 1,500 responses. Just 1% were revealed to have been in favour of the proposed cuts, with the remaining 99% citing concerns around ticket sales, accessibility, anti-social behaviour and safety.

The consultation was complemented by a petition from the RMT union, which gathered some 3,000 signatures from people opposing the cuts.