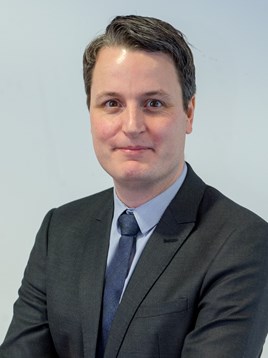 TransPennine Express is planning a three-phase improvement to its services, with the first - a sixth hourly Manchester-Leeds service - starting in December 2017.

Each phase starts in successive years, so December 2018 will feature the introduction of direct Liverpool-Glasgow services along the West Coast Main Line, and December 2019 will feature an hourly Liverpool-Newcastle extended to Edinburgh, calling at Morpeth. The franchise runs until March 2023, with the Department for Transport holding an option to grant a two-year extension.

Each phase comes with new trains, but TPE Managing Director Leo Goodwin remained tight-lipped when quizzed by RAIL about who would build these trains, what they would be and where they would be maintained. Pressed repeatedly, all he would say was that TPE was in the middle of a live procurement exercise.

Nor would Goodwin say whether the trains would be diesel, electric or bi-mode, although he did say there would be 220 new coaches of 125mph stock to inter-city standards in five-car formations.

TPE plans to keep 29 of its current fleet of 51 Class 185 DMUs, with Customer Services Director Kathryn O’Brien saying they would mainly run on the South TransPennine route through Sheffield - in pairs to give six-car trains.