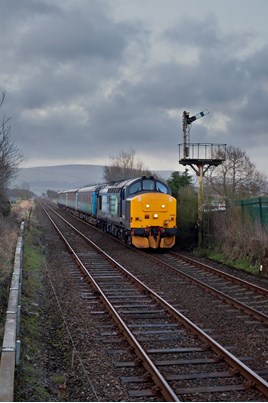 The Class 37/4 was required because of a shortage of available DRS locomotives following failures.

Two Class 37/4s (plus one spare) are used by Abellio Greater Anglia to top and tail a rake of DRS Mk 2s, while three are needed for Northern Rail, with two in action and one in charge of a recently introduced ‘hot spare’ set.