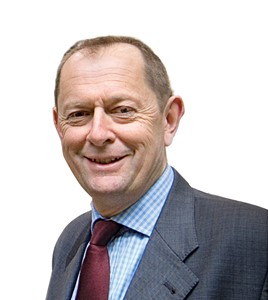 That statement probably sums up the aspiration - and often the experience - of many of Britain’s rail commuters and what they most want from the railway in 2018 and beyond.

There is no such thing as the average passenger paying an average fare. But given that the bulk of Britain’s passengers are commuters, and they have a different attitude to leisure or business passengers, their experience is a typical one as far as the railways are concerned.

Sally P is a good case study. One of an arguably dying breed of the ten-journeys-a-week commuter, she travels in from Basingstoke to London Waterloo and back every day. From next January, her annual season ticket will cost £4,424. You might argue, on a calculation of some 464 journeys a year, that this works out at around £9.50 each journey. However, the railway gets the money in advance every year and with no bad debt to chase.

Sally also has little choice - this is the only way to practically balance the job opportunities that London offers with the housing prices Basingstoke provides. After her mortgage, this is Sally’s second biggest expense.

A steady period of improving performance has recently ebbed away. More ‘bad’ days, with longer hold-ups. A familiar litany of strikes and signal, track circuit and rolling stock failures has made the journey less predictable. More passengers are using the service, so getting a seat and even getting on is tighter. Delays, due in part to the number of trains using the network, are hard to recover. How delays are dealt with becomes very important.

There has been welcome investment, with more to come. The August 2017 Waterloo upgrade was handled well, but maybe too much was promised. The network was never going to be perfect the day after works finished, and deep-seated problems will take years to address. A new owner has arrived - South Western Railway. There is investment in new and longer trains, but promises will have to be delivered ASAP. The welcome early introduction of Delay Repay 15 (something we campaigned for) has been marred by clunky manual systems - more automation is needed.

Sally just wants her boringly reliable service back. You probably won’t please commuters, but what you must not do is displease them - indifference is a success!

All of our research underpins Sally’s experience. The National Rail Passenger Survey, completed by over 65,000 passengers across Britain twice a year, tells a clear and consistent story. Performance drives satisfaction. How delays are dealt with drives the smaller sample of dissatisfaction - flip sides of the same coin.

Our work on trust in the rail industry and the emotions that journeys evoke among passengers again shows that reliability rules.

So, the focus on maintenance and renewals in the next rail spending period is welcome. Passengers don’t catch a vision or a strategy - they want to catch the next train. Yes, there has to be long-term planning and strategies, but please do not lose sight of the present. That is how the industry and Government will be judged by passengers.

Passengers never like paying the prices they do, but are willing to tolerate them if basic promises are kept. As performance remains patchy, so complaints are climbing and backlogs are building up - the industry needs to gear up for the new normal level of complaint. We will advocate for passengers in around 5,000 ‘appeal’ complaints this year - the biggest source of complaint is how complaints are dealt with!

Sustained, long-term investment is the key to future success. We still have a Government that is willing to invest in the railways and infrastructure. The multi-billion-pound, five-year Control Period funding settlement for the railway is great. However, all that investment is going to cause disruption, and communications from the industry and Government need to be honest in this respect. Three months of bus replacement on the Blackpool-Preston corridor at the same price as a rail ticket is not an attractive offer.

We have done a lot of work with Great Western Railway, Northern, South West Trains (as was), East Midlands Trains, Network Rail and others on how engineering works are handled. Our benchmarking of passenger awareness and understanding of the works at London Waterloo, Reading, Bath Spa, Glasgow Queen Street, Liverpool Lime Street, Derby and other places has helped the industry to handle the communications around these works much better - as a country we are getting good at doing this. This needs to continue, especially as works at Euston start in earnest. Following our campaigning, quality bus replacement - recently seen in Liverpool and Blackpool - is finally becoming the norm.

Some want a revolution in railway structure, although from our research passengers simply want to know who is in charge of their service. Clearly the industry needs to provide better value for money for the passenger and taxpayer investment. Perhaps one day the sting can be taken out of fare rises, which seem to have become inevitable and inexorable. Maybe the balance between taxpayer and passenger funding has swung too far.

Passengers now seem to have a choice of plans. The Government’s recent Connecting People: A Strategic Vision for Rail followed hard on the heels of the rail industry’s In Partnership for Britain’s Prosperity. The Government’s welcome desire to get train and track more unified begs many questions about other operators, the burgeoning Network Rail Route Supervisory Boards (on which we represent passengers) and increasing political devolution. Just who is going to be in charge?

Labour’s call for renationalisation has a simplicity about it, but also begs questions about public and private investment. So, the much-needed stability of decision-making which will underpin investment, good delivery and getting value for money for passengers from this spend still seems some way off.

I remain optimistic. The Government and industry are passenger-focused in a way not seen before. In 2018 investment will bear fruit: Thameslink (including the London Bridge rebuild); new inter-city trains; the Elizabeth Line; new commuter trains in Scotland and elsewhere; Manchester Ordsall Chord open and in use; cascades of good-quality trains for refurbishment; and a myriad of smaller but important track and signals work will start to improve many passengers’ experience.

HS2, which will benefit large parts of the country, is still on track. And new train orders have created spare capacity. However, the levelling out of some passenger growth is worrying - economic confidence, changing travel patterns, terrorism, strikes and poor performance have all taken a toll.

Sally P and others will judge the Government and the industry on more short-term factors. How often is my train on time? How is disruption dealt with? Can I get a seat or at least stand in some comfort? Is the train clean? How much is my ticket going up in price?

So, what should passengers do? Complain and claim when things go wrong - send a clear message straight to the bottom line. Praise when things go well. Transport Focus will continue to campaign to improve performance, the handling of disruption and compensation systems. We will continue to ensure that the passenger voice is heard at the highest level when the major decisions are being made about investment, franchises and other issues.