COMMENT FROM THE ARCHIVES: R869 - Williams Review is critical 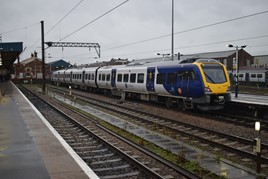 What are the railways for? Everyone thinks they have an answer, but do they actually understand the question?

It is a question (one of many) that will need to be answered by Keith Williams, the man charged by Secretary of State for Transport Chris Grayling with carrying out a review into the railway’s processes and procedures.

Frankly, this review is something the industry desperately needs. 2018 was a disaster for the railway. Last summer’s timetable chaos really hurt the sector. Jobs were lost, families were unable to spend time together, and people’s quality of life plummeted as a string of errors created one of the most depressing and embarrassing situations in living memory on the railway.

However, Williams is at pains to point out that things aren’t as bad as the string of negative headlines in the national media would have you believe.

For example, there is a widely held belief (often shared by readers in RAIL’s Open Access) that things are better on the continent. But are they really? Recently DB Cargo UK Chief Executive Hans-Georg Werner told me he believes that the performance of rail in the UK is the best in Europe (RAIL 867), Williams also believes our railway sometimes gets a raw deal.

“I certainly wouldn’t describe the British structure as being at the bottom of models in Europe. I don’t automatically subscribe to the view that there are better models in other countries,” he says, citing his time living in France and his extensive travel to Japan for his role at British Airways, as well as his experience of the German and Swiss rail systems.

Yes, it may seem bad - for example, as 2018 drew to a close Crossrail’s delays and subsequent political battles added to the year’s tale of strife, but will this be remembered in the years to come once the Elizabeth Line finally opens for business?

Philip Haigh argues ‘no’ in his column (see pages 56-57). It’s about long-term benefits, and the same applies for the Williams Review. The outcome must be the best for all concerned, which is why I believe it’s refreshing to read him attacking his task with such gusto.

Passenger numbers may have risen in Q2 2018-19, according to recent statistics released by the Office of Rail and Road (see pages 12-13), but that is countered by a continuing decline (for nine successive quarters) in the number of journeys being made using season tickets. This is a clear sign that people’s habits are changing, and the railway is failing to react quickly enough.

Williams appears to ‘get’ this, as do those he has already spoken to, which begs the question: why did they not act sooner?

“Why shouldn’t you be able to get a bus to the station, an inter-city train, a local train and a bus to the final destination, all on one account? That should not be beyond the wit of man. But it currently is,” he says.

And he’s right. When travelling to work I catch an East Midlands Trains service from Norwich to Peterborough, and then a local bus to the office. Both are operated by Stagecoach, but while I can get a PlusBus ticket, it is still on separate tickets. Why, in 2018, can that not be joined-up? The rail industry really does move slowly with such situations.

On a similar note, how is it that I can upload additional tickets to my football season ticket, but cannot do the same for bus and train travel? If Williams is looking to tackle something so straightforward that should really benefit passengers, he will be on to a winner.

In his special guest column responding to the Williams Review Transport Focus Chief Executive Anthony Smith rightly makes the case that passengers have not been waiting for this review, just as they were not waiting for Stephen Glaister’s recent report into the May chaos. But they were waiting for their trains to arrive, hopefully on time. They have little interest in the review per se, but they do care about the outcome.

Users should also welcome Grayling’s promise regarding what Williams will actually deliver. He says he’s not there to deliver “just another report”, but a reform that can be implemented quickly.

In an interview with RAIL’s sister title RailReview, Grayling said that in setting up the review he was seeking to ensure a joined-up railway with clear lines of accountability. But Campaign for Better Transport has warned that without clarity about what the industry hopes to achieve, then a model cannot be chosen. Which brings us back to the question: what is the railway for?

The Rail Delivery Group says it wants to see simplification of the railway for the customer, but why would the RDG need Williams to do that? Surely it should be championing the cause and seeking ways to implement a simplified fares structure, as Barry Doe has called for many times? But perhaps it is caught between trying to please its members and the Government?

TF’s Smith called for passengers on Govia Thameslink Railway and Northern to receive a fares freeze as a way of making up for the May chaos. That didn’t happen, and so ticket prices rose. There was furore when that was announced in early December, and we can expect more of the same over the next few days after the new fares take effect on January 2. Perhaps campaigning from the RDG for a halt to those rises could have helped a little bit with the battle over trust, although it will likely take much more than that.

Meanwhile, there is another challenge that could have a major impact on the industry’s future and its public perception - the ever-changing face of British politics. Nationalisation is on the agenda if Labour wins the next General Election.

Interestingly, Williams says that most people he has spoken to are interested in de-politicising the railway and removing politicians from delivery decisions, which would surely go against a Government-run railway?

We have to hope that the reforms he recommends make a positive difference, because the railway cannot afford another 2018. A lot rests on the shoulders of Keith Williams. He must get this right - and then, assuming he does, the Government must act on it.