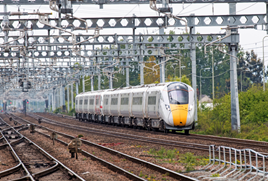 “If CrossCountry represented itself on every Board they’d never do anything else, because their trains go across all the routes. They go all over the place so they’d have to attend half a dozen Boards, which might not be very easy. What we’ll do with those players where Western is only part of their business is periodically encourage them to come - I’ve already said there’s an open-door policy if they want.”

Fearn also has a message to supporters of nationalisation, who could point to the very need for a Supervisory Board providing further evidence of a lack of integration in the industry, driven by the separation of track and train operations made at the time of privatisation, two decades ago.

Having previously held senior management roles at the vertically integrated and nationalised operators British Rail and Irish Rail, he is in a strong position to measure the effectiveness of the current system against that of the old.

He concludes: “I’d say to them that when I was managing Irish Rail, which was a vertically integrated organisation, it didn’t stop departments from having the same problems. So when people say ‘these problems are all to do with privatisation’, it simply isn’t true. It doesn’t matter whether it’s a nationalised structure like in Ireland or at British Rail, or a very different structure like we have now in the UK, there is still every opportunity for people to go off in their separate ways.

“When I was spending lots of money modernising the network for Irish Rail, it would have been very easy for my civil engineer to have decided that the priority is this and for my signalling engineer to decide that it was something else, and if you’re not careful we’d have been doing backstroke all over Ireland.

“My job as chief executive was to say ‘hang on guys, we’ve got to scrum down here and get on’. That philosophy was exactly the same (as now), and the same level of co-ordination was necessary.”