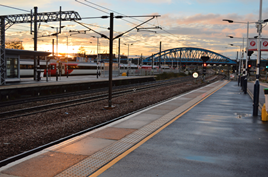 “Finally, trespass and vandalism is a big cause of performance issues. If you drive up the WCML you’ll see that part of the modernisation programme there was to put in palisade fencing all the way up to the Borders. South of Peterborough we still have post and wire fencing, and our remit has been to maintain what’s there, and not to renew it with more robust fencing.”

McIntosh estimates that based on what was done to the WCML a decade ago, he would need between £2bn and £4bn, and that given the scale of the task renewing infrastructure on a line almost 400 miles long, such works would need to span CP6 and CP7 if given the go-ahead.

In the shorter term, McIntosh would like to see funding released, and ring-fencing for his team to flesh out the proposals and fully cost them to assess their feasibility. Only then can the more intractable problem be addressed of finding up to £4bn, when NR could possibly see its publicly-funded expenditure in CP6 slashed from the £38.3bn it was handed by the Treasury in 2014 for CP5.

He is hopeful of finding an alternative way, however, and that the renewal of infrastructure on the ECML is chosen as a vehicle to explore the delivery of the central recommendation of the Shaw Report, which advocated the introduction of third party external funding when it was published in March 2016.

“It is a question for our funders at NR. There is talk about attracting external funding into the industry, and I think the ECML could provide a genuine opportunity to do that. But that would require a restructuring of how NR is put together and funded, how franchises are put together, and how the revenue flows go. To attract investment there has to be something in it for investors and an attractive level of risk, but the current frameworks we work under are prohibitive to that.

“If we want external investment to be a real option then we have to be willing to make some really difficult decisions around that framework.”