Deciding what’s best for the North 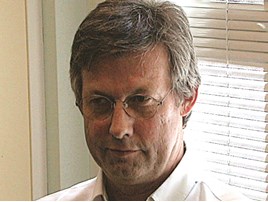 Transport for the North (TfN) looks set to become England’s first sub-national statutory transport body from next year, once the formal devolution proposals currently under consideration by Secretary of State for Transport Chris Grayling are approved.

If given the go-ahead by Grayling and then both houses of Parliament, it will herald the transfer of key powers away from the Department for Transport (DfT), including greater control over spending and full management of the Northern and trans-Pennine franchises, after TfN completes its planned merger with Rail North in 2017.

Although it would be a highly significant step in the North’s devolution journey, the deal would not give TfN any greater influence over High Speed 2 or what route it will take once the line reaches northern cities in 2033. Those decisions remain firmly within the remit of the DfT and HS2 Ltd.

Subject to a few final negotiations, the routes have already been confirmed for Phase 1 (London-Birmingham) and Phase 2a (Birmingham-Crewe); construction begins next year, and the routes will be open by 2027.

The Government’s preferred route for Phase 2b was announced on November 15 - this concerns the two arms of HS2 where it diverges north near Birmingham, to Manchester in the west and to Leeds in the east (see apges 12-13).

It’s important to note than TfN did have limited input in these discussions as a result of the National Infrastructure Commission’s report, entitled High Speed North. Published in March, it recommended that HS2 Ltd and TfN should collaborate together on the northern reaches of HS2 in optimising its connections to what has been dubbed ‘Northern Powerhouse Rail’, or High Speed 3.

TfN will also play a leading role in the development of HS3, which promises to improve east-west links between the North’s major cities by enhancing the existing network and perhaps building new lines. Former chancellor George Osborne allocated £60 million in the budget earlier this year for that very purpose. TfN is due to report its findings by the end of 2017, in conjunction with Network Rail and the DfT, for delivery in the first half of the next decade.

But Steer argues that the two should not be mutually exclusive, and that TfN is best placed not only to determine the route that HS3 should take across the Pennines, but also HS2 and where they overlap. This is because they must complement each other in order to maximise the transformative effect on the northern economy, rather than any potential gains being stymied by planning decisions for HS3 being made in the wake of unsatisfactory HS2 verdicts, and made in isolation from a London-centric DfT.

Speaking to delegates at RAIL’s National Rail Conference at Manchester’s Midland Hotel on November 1, Steer said that TfN should be given a leading role for HS3 and the remaining route determinations for HS2. The North will then be free to decide priorities for connectivity and how best to allocate funds.

“If you’re going to fashion it (HS3) with this huge impending project called HS2, then you want to tie them together,” he says. “HS2 provides some of the inter-city connectivity that TfN is all about, and is therefore inseparable from TfN’s wider remit.

“HS2 will have multiple functions once you get north of Birmingham Interchange. It will not just be a link to London, and the trains will be running to many destinations in the north, so I believe the work should be done by a single body that knows what it’s trying to achieve. Then you can ask how much of the North’s economy, on the back of HS2, can you get within two hours of London - which the evidence suggests are the timings of most value.

“That’s going to be a tough decision for government to make, and it won’t happen until TfN becomes a sub-national body, but I think those decisions should be made by TfN.”

According to Steer, handing TfN the HS2 Phase 2b development budget as part of its overall devolution package is the only way to get efficient decisions made on integrating HS2 and HS3, based on supporting the region’s wider industrial strategy and economic plans – the Northern Transport Strategy.

He adds: “This isn’t about taking money from the Treasury. It’s about trusting the empowered authority to make the right decisions that will achieve the goals for this part of the country to secure the wider benefits of HS2.

“Decisions for Phase 2b really need to be taken by TfN, moving on from the custodianship of the DfT.”

Focusing squarely on HS3, Steer warned against the temptation for planners to concentrate too much on speed, at the expense of equally important factors in stitching together the North’s complex commuter flows.

Given the Government’s commitment to spending over £50 billion on HS2, Steer suggested that meeting further multi-billion pound obligations, such as HS3, would be made more likely if TfN gave equal prominence to what could be achieved with the extra capacity. TfN would need to demonstrate what kind of frequency and timetable it would implement well before putting the first spades in the ground, rather than allowing this to become an afterthought.

He adds: “I don’t think there will be a business case for what people happily call HS3 without looking at all the factors. You have to think about released capacity, freight and what happens in the city regions.

“If you just looked at the inter-city benefits and, for example, getting to Manchester 15 minutes quicker, then you will not make a viable business case, given the scale of investment involved in a new-build railway.

“If you want value for money, you’ve also got to think about service plans and then infrastructure. We’re not very good at doing that and we need to get much better at it. We seem reluctant to even think about it and all too often say ‘well, we don’t have to design the train timetable for 2027, because that’s ten years away’. I say we need to think about that now, because it will affect the business plan.”