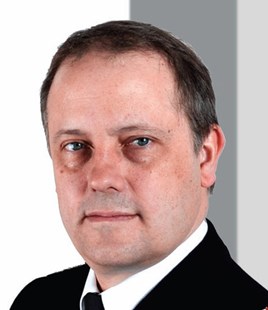 Mark Smith has worked to address fatalities on the railways for most of his career at the British Transport Police since joining in 1981.

After retiring as Chief Superintendent in 2012 he set up a cross-industry suicide prevention group that joined up local health and police teams to identify vulnerable people and intervene where necessary.

It was a pioneering advance in railway policing that has resulted in thousands of BTP officers, recruits and managers being trained to specifically identify potential instances of suicide, and how best to approach them. It also broke new ground by embedding NHS mental health nurses directly into BTP teams.

Smith determinedly obtained the requisite funding and co-operation from the NHS and Network Rail to bring his idea to fruition and has witnessed this scheme not only reduce the number of deaths but transform a number of lives.

The statistics speak for themselves and the numbers of people placed on Suicide Prevention Plans have risen from 127 in the first year to 1,100 in 2015/16.

The initiative has undoubtedly contributed heavily to a 7% reduction in the number of suicides recorded nationwide on the railways in the year ending March 2016, despite there being an upward trend in the rest of the UK.

: “We are in no doubt that without Mark this initiative would not have got off the ground. He used all his contacts and charm to get the necessary funding and drive it forward, and is in a position to make a significant difference. We are keen to recognise his outstanding contribution.”