Williams reform package in White Paper “as soon as possible” 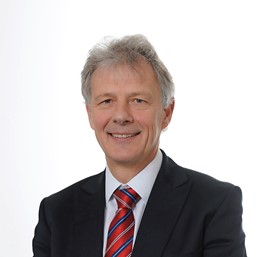 The long-awaited publication of the Government-commissioned Williams Review will be essential to the rail industry’s recovery from the COVID-19 pandemic.

That is the message from the review’s independent chairman Keith Williams, whose report is now ready to be published following a year-long delay.

Speaking on February 25 at RAIL’s National Rail Recovery Conference, Williams confirmed that “events which could not have been predicted”, including an enforced end of franchising, had caused some of his recommendations to be redrafted.

They are now set to form the basis of a Government White Paper and reform package that Rail Minister Chris Heaton-Harris has pledged to publish “as soon as possible”.

“It has been far from being stuck in the sidings. Over the last nine months the review has been tested against the pandemic,” Williams revealed.

“It would have been foolish to think that long-term reform could happen in isolation without considering the short-term changes.

“We are now all keen to get to the end so the task of recovery can begin.”

Williams referred to the pandemic as a “black swan” event for the rail industry, owing to its rareness and severe consequences.

He drew a comparison between the likely response of the rail sector and that of the aviation sector, which has undergone many more black swan events such as the 9/11 terrorist attacks and the Iceland volcanic eruption in 2010.

He claimed the reaction of airlines had been defined by greater “consolidation, more competition and greater emphasis on customer engagement”.

In a hint-laden speech, Williams also appeared to rule out any recommendation for the creation of a new Strategic Rail Authority-type ‘guiding mind’ to provide strategic direction for Britain’s railway.

He made a clear distinction between politicians who “will always play the role of strategic mind for rail” and retain control over public investment, and the delivery role of the industry which could be enhanced via the creation of a fully responsible and accountable “operational guiding mind”.

Williams also said that any new structure would facilitate the opportunities for efficiencies identified by previous reviews conducted by Sir Roy McNulty in 2011 and Richard Brown in 2013. These include the elimination of duplication and workforce reform.

“It’s like diagnosing the illness and then prescribing the cure,” he added. “History has demonstrated that one can’t be done without the other… looking for better outcomes needs a structure to deliver it, whether it be short-term or long-term goals.”

Elsewhere, Williams said that Government would need to create the conditions to give greater confidence to investors and to incentivise the private sector to expand revenue.