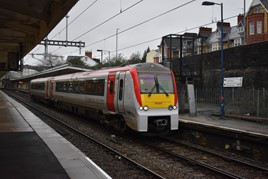 The majority of rail services in Wales are back in public ownership after the Welsh Government took over operation of Transport for Wales on February 7.

TfW trains have been in the hands of KeolisAmey since October 2018, when it replaced Arriva Trains Wales in operating the Wales and Borders franchise. That contract had been awarded by the Welsh Government’s transport body (Transport for Wales, which is a separate entity to the TfW franchise).

However, on October 22 the Welsh Government announced that services would return to public ownership, saying the decision was due to the pandemic (RAIL 917).

And in a follow-up statement on February 8, it said taking over the Wales and Borders franchise would protect services, safeguard jobs, and deliver infrastructure improvements in light of the ongoing pandemic.

Transport for Wales Ltd is the name of the new subsidiary that will manage the day-to-day operation of TfW. Infrastructure management and transformation of the Core Valley Lines will be delivered under the current contract with Amey Keolis Infrastructure Ltd, to ensure stability.

A new partnership with Keolis and Amey, led by TfW, will be known as Transport for Wales Innovation Services. This will deliver commitments including integrated transport, design and delivery of new services, integrated ticketing, and managing the ongoing integration of light and heavy rail.

“Our rail service is a critical asset and one we must protect. Since the pandemic began we’ve provided significant financial support to keep trains running. The need for greater public control is a reflection of the ongoing pressures of Coronavirus and the challenges being faced across the rail industry as passenger demand remains low,” said Ken Skates, Welsh Minister for Economy, Transport and North Wales.

“Bringing the rail franchise into public control will help secure this better future for passengers. It is a public transport asset, in public ownership, for the public good,” he added.