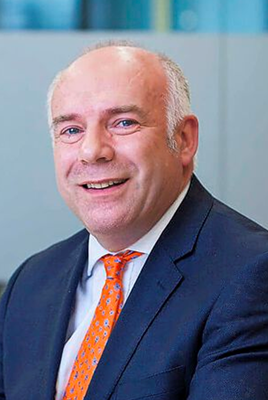 The Williams-Shapps Plan for Rail presents an opportunity for increased devolution and local oversight of train services and infrastructure, says Transport the North.

“The North saw first-hand the effects of a fragmented rail industry during the 2018 timetable crisis. The fact that Great British Railways will bring track and train together as the guiding mind and put the needs of passengers first is a giant leap forward and something we’ve championed,” said Interim Chief Executive Tim Wood (pictured).

He warned that the plan “must not be a missed opportunity for further devolution, giving the North’s leaders greater oversight of services and infrastructure investment to deliver more integrated regional networks that works for all”.

He added: “The commitment to growing and investing in the railway over the next 30 years only emphasises the real need for the Government to publish the Integrated Rail Plan for the North and Midlands without delay, to give us much-needed certainty on delivery of major schemes such as Northern Powerhouse Rail, HS2 and the Transpennine Route Upgrade.”

Four days later, at the Commons All-Party Parliamentary Rail in the North Group AGM, Wood reaffirmed a call for “clarity on what projects will be delivered and when”.

Picking up on the White Paper’s pledge for simpler, more affordable fares, Wood reiterated how the groundwork had been laid in the North for “developing tap-in, tap-out kit… to support contactless payments… creating that London-style, pay-as-you-go system”.

But he added that the fares in the north of England must also offer good value: “We need to see the shackles being released and the money spent wisely, but working with our colleagues in Network Rail and HS2 to really drive that.”

Leader of Gateshead Council Martin Gannon, who also chairs the North East Joint Transport Committee, reflected at the AGM on capacity problems, particularly on the double-track “bottlenecks” north of Northallerton on the East Coast Main Line.

“I often joke that once you get north of York, you might as well lash horses to the trains, because they become so inefficient,” he told MPs, adding that the ECML, doesn’t have sufficient capacity for today’s needs.