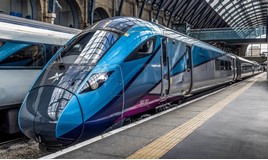 The first two Hitachi Class 802/2s have been officially accepted by TransPennine Express.

The five-car bi-modes, funded by Angel Trains, have successfully completed their fault-free running and will now be used for driver training ahead of entry into service.

TPE has 19 on order, each with 342 seats - an increase of 161 from the three-car Class 185 diesel multiple units they will replace.

No official date for their introduction has been mentioned, with TPE saying they will be phased into service before the end of the year. They will run between Liverpool Lime Street/Manchester Airport and Newcastle/Edinburgh Waverley.

Testing continues on TPE’s Mk 5A and Class 397 orders from CAF.