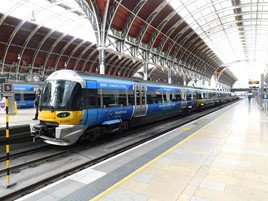 Network Rail proposals to build a new rail link to Heathrow Airport from the west have received overwhelming support.

Some 72% of respondents to a statutory public consultation carried out earlier this year agreed with plans for the link, which would enable passengers to travel directly to Heathrow from Reading, Maidenhead and Slough without having to change at London Paddington.

The new four-mile connection would leave the Great Western Main Line between Langley and Iver, before descending beneath the main line and into a cutting. It would then enter a tunnel under Richings Park and Colnbrook, before merging with existing lines near to Heathrow Terminal 5.

NR estimates that journey times could be reduced to as little as 26 minutes from Reading, and six to seven minutes from Slough - easing congestion on surrounding roads including the M4 and M3 and reducing C02 emissions equivalent to 30 million road miles a year.