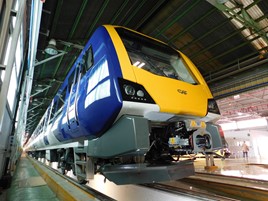 Designing trains with a lifespan of just 20 years, in order to reduce their capital cost, has been rejected by a panel of rolling stock experts.

With the average lifespan of a train currently 30-35 years, and estimated at costing an average of £1.2 million per vehicle, the suggestion was made by a member of the audience during a panel debate at the Rolling Stock Procurement Forum in London on November 27.

Shorter lifespans were also thought to reduce the risk of obsolescence and the need for expensive refurbishments that are required to keep pace with changing legislation, technology and passenger expectations.

With more than 7,000 new vehicles expected to enter service between now and 2021, manufacturers have had to face several difficult design challenges by anticipating future demands - including the future arrival of in-cab signalling and shifting government policy on further electrification of the network.

“New vehicles can be re-engineered, but it’s getting harder and harder,” said Richard Davies, director of Rail Strategy and Economics.