Return to school prompts a boost in rail services 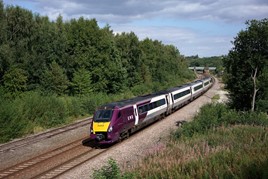 Rail operators in England are set to increase the number of trains they run, as children return to school.

EMR will be operating 97% of its pre-COVID timetable. In a bid to maintain high punctuality levels, it says most of its trains will no longer call at Alsager, which is served by hourly West Midlands Railway trains.

WMR is increasing frequency on Birmingham’s Cross-City line from three to four trains per hour, with peak services on the Birmingham-Hereford and Birmingham-Shrewsbury lines doubling to two.

Snow Hill Line services rise to six trains per hour with those running to Birmingham International rising to two (an identical increase to Walsall-Rugeley trains). Chase Line Trains will not run through to London Euston, to maintain service reliability.

Govia Thameslink Railway is adding extra and extended trains from September 7, after contacting more than 600 schools and colleges across its network to understand their needs. Some trains will be lengthened to allow social distancing.

Southeastern said it has hired additional staff at the busiest student stations, “specifically to control the flow of students, guide passengers through one-way systems, and promote social distancing”. Spare face masks will be available at stations, should a child lose or forget their covering.