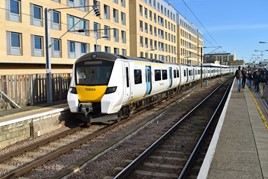 Network Rail will launch its public consultation on January 20 into proposals for a new station at Cambridge South.

Lasting approximately six weeks, it will include nine consultation events (see below) where the public is invited to comment on plans being put forward for a four-platform station at three possible locations near to the city’s Addenbrooke’s hospital and Biomedical Campus.

A second round of public consultation is then expected to take place later in the year on a preferred option, prior to the submission of a Transport and Works Act Order to the Secretary of State for Transport in 2021.

Subject to receiving consent, construction could start in 2023 with a target opening date two years later.

NR’s Route Director for Anglia Mark Budden said: “This is a significant milestone in the development of this project to deliver a brand new station for Cambridge. We’re really interested to listen to the views of the community at this early stage, to ensure that everyone has the opportunity to have their say before significant decisions are taken.”