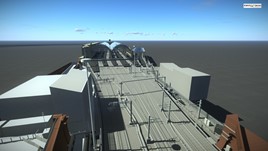 King’s Cross is to partially close for three months in early 2020 to allow for major track remodelling and asset renewal, RAIL can exclusively reveal.

Network Rail has confirmed that up to 50% of the UK’s ninth busiest station will be shut between January and March 2020, to complete the £237 million project.

The work will involve all track, sub-systems and overhead line equipment being renewed in the station throat for a distance of up to 1.5 miles from the buffer stops, while the approaches will also be rationalised for the first time since 1972 (when most of the current layout was installed by British Rail).

This includes re-siting a large number of switches and crossings currently located near to the platform ends. They will be moved further north to either within Gasworks Tunnel or the cutting between Gasworks Tunnel and Copenhagen Tunnel, in order to reduce conflicting movements and increase line speeds.