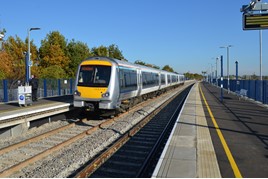 England’s Economic Heartland (EEH) has launched its Draft Transport Strategy for the region, which stretches from Swindon to Cambridgeshire, and is engaging with stakeholders before publishing a final version of the document.

Now subject to formal consultation until October 6, the strategy sets out how the regional transport system can support sustainable economic growth while also reaching net zero carbon emissions by no later than 2050.

It includes a pipeline of investment for the next 30 years that EEH says is needed to improve connectivity and to enable the region to fulfil its economic potential.

The organisation says that the pipeline is fully underpinned by evidence from a series of connectivity and technical studies it has carried out into areas such as freight, decarbonisation and integrated transport.

According to the National Infrastructure Commission, the region’s £150 billion economy (which is a global hub for science and technology businesses) could double or even triple in size and up to a million new homes could be delivered if the right interventions are made.

These include the East West Rail project to reinstate the former Varsity Line from Cambridge to Oxford, which closed as a through route in 1967.

As well as maximising the potential of EWR, the strategy also endorses several other rail schemes - including the extension of Midland Main Line electrification from its current northern limit at Kettering and Corby, and eventual electrification of the Chiltern Main Line between London and Birmingham.

Responses can be submitted online by visiting: https://yourvoicebucks.citizenspace.com/englands-economic-heartland/transport-strategy-consultation-2020/