FROM THE ARCHIVES: Northern revises date for introduction of CAF trains 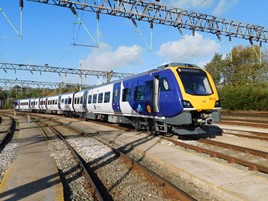 Northern will not be able to introduce its new CAF trains until the spring.

Originally, the operator planned to have the first three three-car diesel multiple units in service before the end of 2018. A phased introduction was then planned to put them into traffic ahead of May’s new timetable.

However, spokesman Glyn Hallam told RAIL on December 14 that this was no longer happening, with the trains delayed due to various issues with on-board integration found during testing.

They are the third CAF fleet due to have entered traffic in 2018 but which have been delayed, following Caledonian Sleeper’s Mk 5 stock and TransPennine Express’ Mk 5A vehicles.

However, Hallam said this will not present a problem for Northern until May, when it was always planned that the CAF trains would be used to launch new services - including Northern Connect routes.