New trains promised, but many are already delayed 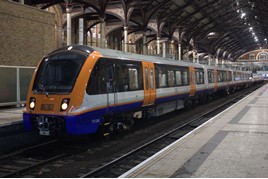 Eleven operators will introduce new trains this year, according to the Rail Delivery Group (RDG).

It highlights that Caledonian Sleeper, Govia Thameslink Railway, Great Western Railway, Greater Anglia, Hull Trains, London North Eastern Railway, London Overground, Northern, ScotRail, South Western Railway and TransPennine Express will all introduce new vehicles this year. However, it failed to mention that of those 11, six operators had been due to put the new trains into traffic last year.

RDG also reported that ‘refurbished-like-new’ trains were also being introduced. Again, some of these are late, including Porterbrook’s Class 769 FLEX units and SR’s Inter7City High Speed Trains.

CS, GTR, LNER, LO, Northern and TPE should have all brought new fleets into service from last year. Spanish manufacturer CAF built Caledonian Sleeper Mk 5 Sleeper and TPE Mk 5A stock that should have entered traffic in the autumn, while the Spanish company is also delivering Northern’s Class 195 diesel multiple units, the first three of which should have been in traffic by the end of last year.