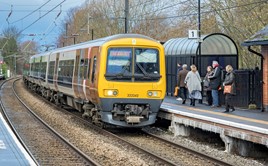 The pair will work alongside each other until Easter to enable a smooth transition.

Edwards was previously interim MD at East Midlands Railway until the end of 2019 when Will Rogers joined from London Overground.

Edwards has been a director of WMT since 2017. He said: “The last six months has been very difficult for West Midlands Trains. I would like to thank Jan for addressing many of the issues, including settling the dispute with the RMT, delivering a 3% discount for season ticket holders, introducing more rolling stock in December and the recent timetable changes that are already making a positive impact on train performance.”