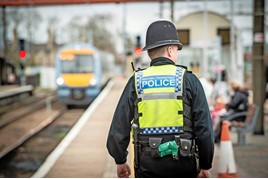 The Scottish Government has announced a new committee to oversee railway policing north of the border - putting an end to controversial plans to merge the Scottish section of the British Transport Police (BTP) with Police Scotland.

The Scottish Railways Policing Committee will review and report on the planning and performance of policing on the rail network, as well as on co-operation and “close working” between the two police forces. It will also scrutinise BTP’s work to engage stakeholders and the public.

Humza Yousaf, the Scottish Government’s Transport Secretary, said: “This is a complex piece of work and represents a great step forward for the accountability and transparency of railway policing in Scotland. It will also ensure the continued safety and security of the travelling public.”

Under plans brought forward by the SNP-controlled Scottish Government, it had been intended that Police Scotland would take over patrolling the railways from April this year. This followed legislation passed by the Scottish Parliament in 2017.