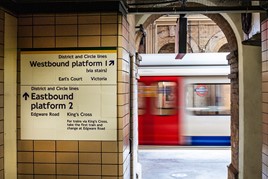 “I think negotiations would be slightly easier if I wasn’t standing for re-election as Mayor next May,” Sadiq Khan admitted to the House of Commons Transport Select Committee on July 22.

The Mayor of London was being quizzed by MPs about the impact of COVID-19 on Transport for London.

Discussing negotiations relating to the £1.1 billion bailout by Government that lasts until mid-October, as well as a £500 million loan, Khan added: “What concerns me is the Government may be in danger of really jeopardising the devolution settlement in the interests of party politics, and I’d ask them not to.”

Khan is seeking more fiscal devolution for London: “In 2015, the then-Mayor of London Boris Johnson agreed TfL would lose its operating grant, which in 2010 was £3.3bn per year.