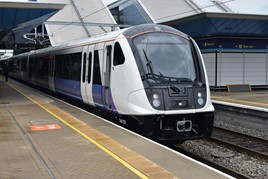 One of London’s key business groups is calling on the new Government not to use the much-delayed and overbudget Crossrail project as a reason to withhold support for Crossrail 2.

Adam Tyndell, programme director for transport at First London, says the proposed £30+ billion Crossrail 2 project to link north east and south west London retains the full support of his group’s 200-plus members, despite Crossrail running more than two years late and up to 20% over budget.

With London’s business community having provided more than £4bn of Crossrail’s original £14.8bn funding envelope, its support for Crossrail 2 will be seen as vital in persuading government to introduce the relevant legislation.

MPs will then be required to vote on it amid a backdrop of growing scepticism in Westminster for large-scale infrastructure projects, following the recent decision to review HS2.

Crossrail 2 is backed by the National Infrastructure Commission and was allocated £80 million by the Treasury in the 2016 Budget for project development. A Hybrid Bill was then expected to be brought forward before the end of that Parliament (then expected to be 2020).

That ambition was subsequently thrown off course by the holding of two general elections, with neither of the two main political parties committing to Crossrail 2 in the run-up to the latest one, held on December 12.

Speaking at the Next steps for Crossrail 2 and Completing Crossrail conference in London on December 10, Tyndall said: “While no one welcomes the Crossrail delays, very few of our members are angry. And people are not losing sight of how transformational it will be. When operational, I think people will quickly forget about all that. It will be a huge boon to London and everyone in it."