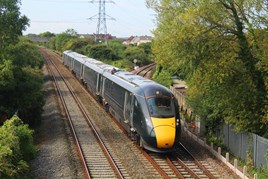 Driver training is under way for Great Western Railway drivers and staff, ahead of the introduction of Intercity Express Programme Class 800/0s from October.

A GWR spokesman told RAIL that officially the plan was to launch the trains in the ‘autumn’. It is understood, but not confirmed, that the first train to use an IEP will be the 0600 Bristol Temple Meads-London Paddington, with the train leaving Stoke Gifford depot at 0445.

It’s planned that at least one five-car set will be used, after which more will enter traffic each week until all 36 five-car sets are in use. They will release High Speed Trains that will be sent to ScotRail, as well as for storage.