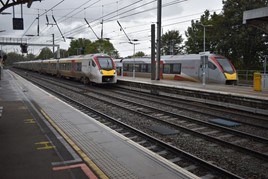 Government recognises concerns regarding the planned fares rise in March, but has reiterated its belief that fare payers should make a “fair contribution” in the wake of the financial support the railway has received over the past ten months.

Responding to a Commons Written Question from Shadow Minister for Rail Tan Dhesi, who had asked what assessment had been made regarding the effect of increasing fares at the same time as trying to encourage people back on to trains, Rail Minister Chris Heaton-Harris said on January 11: “We have carefully considered the needs of passengers and the cost of operating a safe railway before arriving at a decision.

“This will be the lowest increase in four years. We have also temporarily frozen fares, enabling passengers to purchase tickets at current prices, including annual season tickets during January and February.

“Taxpayers have been very generous in their support to keep trains running throughout the COVID-19 pandemic. Recognising the scale of taxpayer support, it is vital that farepayers make a fair contribution.

“Ultimately, a small rise is necessary to ensure we are fair to taxpayers and can sustain investment on maintaining services, to enable social distancing and support our economic recovery.”