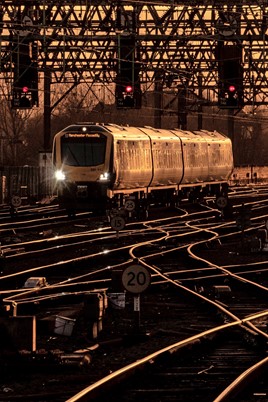 Network Rail Chief Executive Andrew Haines is urging Government to be “realistic” about plans for up to £100 billion worth of infrastructure spending across the life of the current Parliament.

In the run-up to last month’s General Election, Prime Minister Boris Johnson promised to unleash an “infrastructure revolution”, as well as giving his personal backing to the construction of a high-speed route between Manchester and Leeds and improved connectivity throughout the region (dubbed Northern Powerhouse Rail).

Further details of a £100bn infrastructure fund are due to be revealed by Chancellor Sajid Javid during the Budget announcement scheduled for March 11. A National Infrastructure Strategy will also be published, setting out exactly which schemes stand to benefit.

The Government has indicated that it is likely to give the go-ahead to both NPR (previously costed at £39bn) and the Midlands Rail Hub (£2bn), although Haines told RAIL that he will also be encouraging ministers to consider ideas where significant benefits can be achieved for less money and through less disruptive works - such as running longer trains.