Greenwood: rail fares rise “a real kick in the teeth” 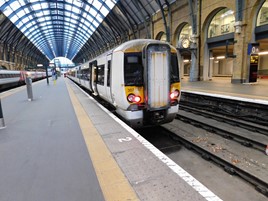 Rail fares are to rise by an average of 3.1% on January 2 2019, with the Rail Delivery Group (RDG) claiming that it’s the fourth time in the past six years that fares have been held below the previous July’s Retail Price Index (RPI) rate.

However, Transport Select Committee Chairman Lilian Greenwood described it as “a real kick in the teeth”. At the announcement of the fares increase, she pointed out that many passengers had suffered disruption following the May 2018 timetable changes, adding: “Overall performance is at its lowest ebb for several years and on a downward trend.”

Greenwood said a fares system “in which there is such a disconnect between quality of service and price is quite clearly broken”, and called for the Williams Review into the railways to make it a priority. “We must have a fairer rail fares regime as a matter of urgency,” she concluded.

Transport Focus Chief Executive Anthony Smith called for regulated fares increases to be based on the Consumer Price Index measure of inflation, which tends to be lower than RPI.