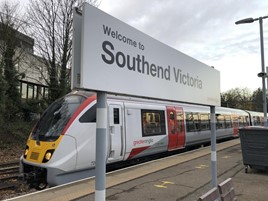 GA has 133 five-car EMUs on order from Bombardier, in an £890 million deal financed by Angel Trains.

The Class 720s should have begun carrying passengers in March 2019, but software problems delayed their introduction. This has forced GA to retain EMUs that do not meet accessibility regulations for up to 18 months longer than planned.

“We’re confident these new trains will improve our customers’ journeys, as they are longer with more seats and all the mod-cons modern passengers expect,” said GA Franchise and Programmes Director Ian McConnell.