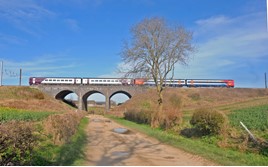 The suspension of rail franchises during the Coronavirus outbreak means that “privatisation as we’ve known it is over”, Shadow Transport Secretary Andy McDonald has claimed.

Following the March 23 announcement that all revenue and cost risk has been temporarily transferred from franchised operators to Government, McDonald has called for all operators to be placed into permanent public ownership.

Labour set out its blueprint for the future of Britain’s railways on April 1. Commenting on the launch of the party’s self-styled Shadow Rail White Paper, McDonald said: “Clearly the immediate focus has to be on maintaining a residual transport system to support our key workers. But when we emerge from this crisis, we will need to think again about the future of our public transport system.”

Labour’s main proposal is the establishment of a national publicly owned and fully integrated rail company called GB Rail. It would run both rail infrastructure and train services while also acting as a ‘guiding mind’ for the railway, with an ‘arms-length’ relationship with government.

GB Rail would also be not-for-profit. Any cash surpluses would be reinvested in the network, and Devolved Transport Authorities (DTAs) would be handed control over expenditure and governance in their areas.