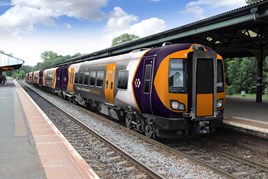 The consortium of 14 local authorities will manage the local aspect of the franchise, alongside the Department for Transport. Abellio and Govia are bidding for the eight-year deal, which is currently operated by the latter as London Midland.

Finer details of the livery are to be agreed with the winning bidder.

“We felt it was important to have distinct brand and identity for local trains,” said Mark Winnington, WMR Chairman and Staffordshire County Council cabinet member for economic growth.