First of Class 197s on test for Transport for Wales 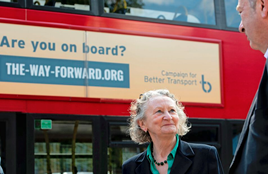 Testing has begun on the first Transport for Wales Class 197s, which are due to enter service from next year.

The first two (197001/002) of a fleet of 77 new diesel multiple units on order from Spanish manufacturer CAF are off the production line and are now on test in North Wales and the north of England.

The bodyshells of the ‘197’ Civity trains were built in Beasain (northern Spain), before final assembly at CAF’s factory in Llanwern (Newport). This £30 million facility on the Celtic Business Park near Llanwern Steelworks has grown from employing just 12 people in 2016 to more than 200 today.

“The Class 197s will be an important part of the transformation of the Wales and Borders network. We look forward to welcoming passengers onto the new trains from next year,” said Transport for Wales Chief Executive James Price.

“We’re delighted with the quality of the trains and proud that final assembly has taken place in Newport, supporting highly-skilled jobs and bringing further employment to the area.”

Lee Waters, the Welsh Government’s Deputy Minister for Climate Change, said: “As we recover from the pandemic and work towards a greener future, we need to do all we can to encourage more people back on the train.

“Seeing these new trains coming off the production line is a positive sign of improving the quality of train travel in Wales.”