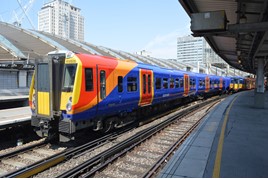 The three busiest stations in the UK all experienced a decrease in passenger numbers in 2017-18, according to figures released by the Office of Rail and Road on December 11.

All three terminals have been affected by engineering works on the routes that serve them, as well as industrial action at Waterloo and Victoria.

ORR said the figures, which are estimated, still represented more than twice as many visitors as the UK’s top ten tourist attractions combined.

The station with the biggest growth was Sugar Loaf in Wales. It was the least-used station in Wales in 2016-17, with 228 passengers. However, that rose by 709.6% to 1,846 passengers, which ORR attributes to attracting visitors due to its notoriety.