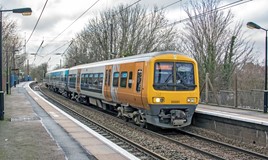 Pressure is mounting on West Midlands Trains following the “totally unacceptable” performance of services this autumn.

With official figures showing that one in five trains operated by West Midlands Railway (WMT’s brand name in the West Midlands) failed to arrive on time in October, and with more than 15% of services on the Cross City Line either significantly late or cancelled, West Midlands Mayor Andy Street has warned the operator to improve.

With complaints of overcrowding also on the rise, Street fired a barrage of criticism at WMT via local media on December 6.

“The autumn performance was totally unacceptable, and I have told WMT and Abellio in no uncertain terms that such a situation cannot be repeated without serious consequences,” he said.

“I have urged them to freeze their fares until performance is back at an acceptable level and passengers begin to see value for money again.”

Introduced on December 15, the new simplified timetable is designed to untangle some of the problems that WMT says have arisen as a result of the May 2019 timetable change.

It means that fewer trains now split at Birmingham New Street, including an hourly service to Rugeley which will now originate from Wolverhampton instead.

Richard Brooks, customer experience director at WMR, said these measures would improve the resilience of the timetable, adding: “The new timetable we introduced in May brought in new journey opportunities and extra capacity, but also introduced a level of complexity which seriously affected reliability."

“We know things need to improve and these upcoming changes will provide a more reliable service for passengers across the West Midlands.”

With WMT’s contract due to run until 2026, he also asked disgruntled passengers not to lose sight of the longer-term improvements that are on the way, including £680 million worth of new trains that are due to be delivered in 2020-21.

Holmes said: “Performance hasn’t been good enough, and the timetable introduced in May to carry an additional 150,000 passengers has not delivered as we hoped. We have a close relationship with the operator, but I am - and will continue to be - very challenging of its delivery in terms of the service, customer information, compensation, and many other important elements it is providing to passengers."