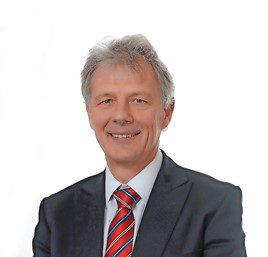 The head of the Review into the future of the rail industry has stressed his independence, and says he will not necessarily follow the same line of thought as the Secretary of State for Transport.

Chris Grayling favours a new organisation to oversee the industry, with a format similar to the Japanese pattern of regional rail companies which closely align track and train operations.

However, Keith Williams said: “I am independent for this Review. Yes, I have met the Secretary of State - I am here at his instigation. I have met the Department for Transport. I have met the Treasury. I am meeting the opposition. I am more interested in talking to the broader public and the broader industry, because they are the ones who must accept and implement change.”

The DfT has launched a ‘call for written evidence’ as part of the Williams Review. It is inviting contributions from passenger representatives, businesses and investors, as well as from local and national governments.

Keith Williams is a former British Airways chief executive, current chairman of Halfords, and deputy chairman of both John Lewis Partnership and Royal Mail. He has been instructed by Grayling to seek “revolution not evolution”.

In an interview with RAIL’s sister quarterly journal, RailReview, Williams said: “What I see at first blush is what in the airline industry we call ‘regularity’.

“Passengers want to get there on time, and at the time they need. The technological capability of customers has moved on more quickly than the industry has been able to keep up with. The way customers interact with companies is based around omni-channel experience. They understand a lot more about what they are buying, and they want explanations.”

“I am examining the broader social role of the railway and the economic contribution it makes,” said Williams.