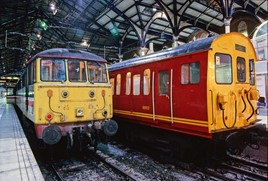 Orion, the logistics business created last year by Rail Operations Group (UK), is to operate a trial between London Gateway and the London terminus starting in either April or May.

ROG Chief Executive Officer Karl Watts, speaking exclusively to RAIL, said that the market had spoken of the need for a shuttle service. He added that the trial is backed by Network Rail.

“The design of Orion is not to pre-empt what customers want, it is about asking them and then delivering that,” said Watts.