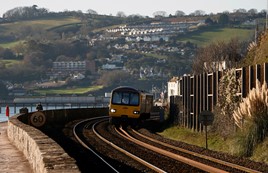 Cornwall Council and TravelWatch South West have expressed scepticism about the Government’s proposal to split the current Great Western Railway franchise into two, with a separate operation serving Wiltshire and the South West (RAIL 841).

Speaking exclusively to RAIL, Cornwall Council Portfolio Holder for Transport Geoff Brown said of the franchise proposal: “We are really concerned about the splitting of the franchise - a smaller franchise provides fewer opportunities for cross-subsidy of less busy routes.

“We will look closely at the potential benefits for passengers from having a smaller franchise area. However, if this means that the South West continues to lag behind the rest of the country in terms of rail provision while investments go elsewhere, simply because our franchise area has been reduced, then we will consult our business community, passenger groups and work with our local MPs to ensure the Department for Transport reconsiders.”

However, Brown, who is also chairman of the Peninsula Rail Task Force, welcomed the Government’s decision to extend the current GWR franchise until 2022.