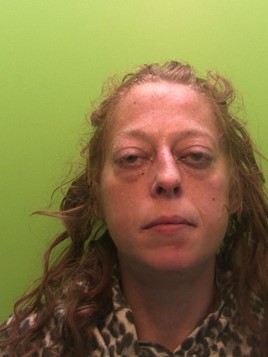 A 34-year-old woman from Nottingham has been jailed for starting a major fire at the city’s railway station.

Gemma Peat admitted starting the blaze that took more than 12 hours to bring under control, and which caused some £5.6 million worth of damage to the Grade 2-listed station.

She had been taking drugs in the women’s toilets shortly before the fire was discovered by a worker changing the sanitary bins at 0618 on January 12 2018.

The station was promptly evacuated, before the fire rapidly spread to the main concourse and the roof.

Peat, who had committed 108 previous offences including shoplifting and possession of a knife, changed her original plea of not guilty to arson, before being sentenced to 25 months in prison at Nottingham Crown Court on August 13.

Adrian Langdale, the barrister representing Peat, told the court in mitigation that there had been no sprinklers or fire extinguishers near the toilets.

An expert witness also criticised the construction of the toilets in the Network Rail-owned station, which were located in a new part of the concourse that opened in 2014. He said that tiles in the toilet ceiling should have been fire-retardant and that highly flammable polystyrene blocks had been used in the roofing.

NR admitted that there was a “flaw in the design” of the station, but that the toilets conformed to building regulations and improvements had since been made.