Doubts cast over future of three franchises including Southeastern 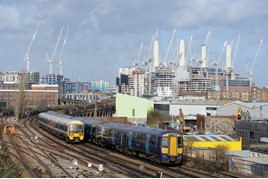 The Southeastern franchise could yet follow LNER and Northern in being run by the Department for Transport’s Operator of Last Resort, the Government has suggested.

Govia has operated the current Southeastern franchise since April 1 2006. It is due to end on March 31, having been extended three times. Initially it was due to finish in March 2014, but this was extended to June 2018. Government then extended it again while also cancelling bidding for the new franchise in August last year.

In a Commons Written Reply on February 6, Rail Minister Chris Heaton-Harris told Sir David Evennett (Conservative, Bexleyheath and Crayford), who had asked about a timetable for the new SE franchise: “Following the decision to cancel the Southeastern franchise competition, the Department is developing a solution to deliver benefits to passengers as quickly as possible.

“In the immediate term, the Department is considering the most appropriate route to contract the franchise after April 1 2020. This could be in the form of either another Direct Award with the incumbent operator, or the transfer of the franchise to the Operator of Last Resort. A decision that puts passengers’ interests first will be made in March.”

The financial viability of c2c has also been raised in the national press, with passenger numbers thought to have been affected by the impact of Brexit on the City of London, where many of c2c’s commuters work.

Responding to this, a DfT spokesman told RAIL: “The Department for Transport closely monitors all train operators. We do not speculate on the financial health of any particular franchise but expect all franchises to meet their contractual commitments.”