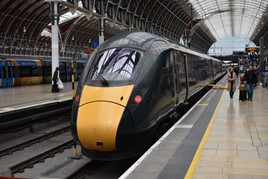 Direct Awards have been signed with two franchises whose deals had been due to end on March 31.

Southeastern and Great Western Railway will now continue under their existing ownership. The Department for Transport confirmed on March 30 that FirstGroup has been awarded a three-year Direct Award that expires in March 2023 but which can be extended by 12 months, while Southeastern will run until October 16 2021 but can be extended to March 31 2022 at the DfT’s discretion. Southeastern is operated by Govia.

“We are taking decisive action across the board to ensure vital rail services continue, allowing those people who cannot work at home to get to work - particularly our NHS, emergency services and other vital industries,” said Rail Minister Chris Heaton-Harris.

“These contracts will keep services running in the short-term but also are positive news for passengers in the future, focusing on more reliable services, extra capacity and improvements to the stations they use every day.”

Both deals will run concurrently with the DfT’s Emergency Measure Agreements (EMAs) that were announced on March 23. Both deals also mention additional rolling stock, although no details have been given.

“When the present emergency measures agreed with Government come to an end, today’s agreement will ensure that GWR will continue to deliver sustainable benefits for customers and an appropriate balance of risk and reward for our shareholders and the Government,” said FirstGroup Chief Executive Matthew Gregory.

Southeastern Managing Director David Statham said: “When customers are able to begin travelling as normal, we look forward to reconnecting our communities and further improving capacity, performance and customer satisfaction.”