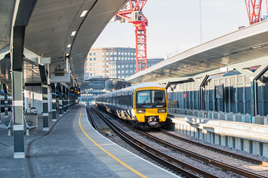 Proposals made by Southeastern for additional capacity have been rejected by the Department for Transport.

Rail Minister Paul Maynard told Heidi Alexander (Labour, Lewisham East) in a Commons Written Reply that the DfT’s investment board had considered the proposals in December, but concluded that the plans were not deliverable as previously proposed, principally because depot-related costs have escalated “significantly”.

With this in mind, Maynard added: “As a result, the Department has asked Southeastern and GTR (both owned by Govia) to work together to provide alternative workable solutions for offering additional extra capacity in Southeastern for 2017, including credible stabling options.”