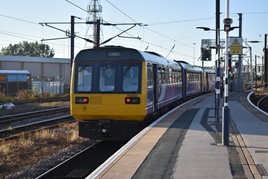 The Department for Transport is under mounting pressure to allow older trains to continue running beyond the December 31 accessibility deadline, after which new regulations come into effect.

A number of operators have not yet been granted permission to do so, raising the prospect that hundreds of services could be cancelled from January. The problem affects diverse fleets including High Speed Trains, Pacers, Sprinters and locomotive-hauled Mk 2 and Mk 3 stock. RAIL understands that around 200 vehicles are affected.

Northern, Transport for Wales and East Midlands Railway are all still awaiting dispensation from the Persons with Reduced Mobility - Technical Specifications for Interoperability (PRM-TSI), to continue to use non-compliant stock. Sources have suggested that Greater Anglia could also be affected.

On October 15, a Department for Transport spokesman said there was no date for when dispensation would be handed out. A DfT document showed that, at the end of December 2018, there were 11,912 vehicles in use on heavy rail, of which 88% were compliant.

Northern, TfW and GA have all been hindered by delays to new train fleets, while EMR has been affected by the decision to cancel electrification north of Kettering.