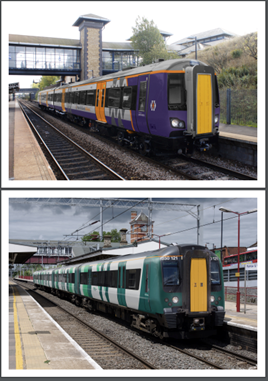 London Northwestern is the new brand for the long-distance trains operated by the new West Midlands franchise. The remaining services operating in and around Birmingham will be branded West Midlands Railway.

Both are currently part of the London Midland franchise. Abellio, JR East and Mitsui take over the new franchise on December 10, and Abellio described the LNW brand as a “reverential nod to the London and North Western Railway company - formerly the largest railway in Britain and the predecessor of the current West Coast Main Line”.

The WMR brand was announced last year, having been created by the West Midlands Combined Authority (WMCA). Abellio said creation of the two brands enables potential devolution of WMR to the WMCA. It said that the LNW would remain under Government remit for future refranchising.