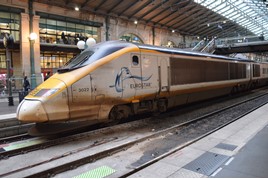 “I’m a European citizen and I am worried globally about the impact,” he said.

“Our work in the UK is local, so there are no consequences on Day One. But if there are delays on Day Two - such as delays for HS2, no travel to and from the UK - then if it is a mess then it is a mess for everyone.”

Speaking at a press briefing, Poupart-Lafarge said the relationship between Siemens and Alstom is “so good” ahead of any potential merger, despite the French company launching a legal challenge against its German counterpart over Transport for London’s decision to award Siemens preferred bidder status for the first Deep Tube contract.

Responding to a question by RAIL, he said: “We have time to discuss the merger and financial matters, and there’s the day-to-day where we are competing like cats and dogs. The situation has not been raised by Siemens, and discipline between the companies is good.”

He confirmed that a decision into the merger must be made by January 28.